MANY OF YOU will know that I have a bit of an affinity with the Ferrari brand, having won my last two Bathurst 12 Hour starts with the iconic Italian marque.
If you’re a car enthusiast, the Ferrari brand will probably have a special place in your heart … it’s an emotional connection we all make because of its storied history and amazing record of success over the last 70 years.
I spent a day with Ferrari at Sandown recently, attended by existing and potential customers, where the latest models were demonstrated and we gave the guests a few pointers on how to get the best out of driving them.
As you might imagine, there are worse ways of spending a day … it’s was great to meet and talk to so many enthusiastic and committed owners, and to see the way Ferrari embraces them.
We all dream of having something in the garage with a prancing horse on its nose, so it was great to spend some time behind the wheel of one!
RACING HAS TAKEN me to Perth, country Victoria and Darwin over the past month or so.
It’s been a bit of a mixed bag for us … we’ve struggled for speed in qualifying or just been plain unlucky, so in the various races I’ve been having to pass a lot of people to make my way back to the front, if you see what I mean!
Generally we’ve ended up in the middle or high end of the top ten at the race’s end, and that’s a credit to my team, who have been giving me great strategies and a fast race car.
We had a great Test Day early June, which really resolved some issues we’ve been having, and gave us great confidence coming into Darwin. For various reasons it didn’t all come together perfectly there but we were strong, and I am confident it’ll only get better as we move into the second half of the season.
As ever, the competition doesn’t get any easier, but it’s what we do, and we love it!
EARLIER THIS MONTH I visited the Tyrepower Belconnen (ACT) store and what a great day that was!
You never really know how these things are going to pan out but at Belconnen there was a fantastic reception from the staff, customers and locals, we were pretty flat out signing things and posing for photos, all day.
It’s a great store, really modern and well presented, the staff is really switched on and owners Neville Leonard and Kerry Wroe certainly deserve the success they’re having … it’s great to see.
Keep smiling.
Craig
(Source: www.tyrepower.com.au)

We are Proud Sponsors of ... 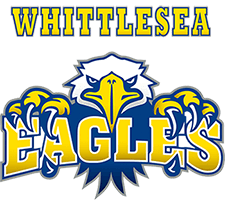